This was the best Birthday Card that I have ever received PERIOD. And it could not have come at a better time than my 25th Birthday and the next chapter of my life as I prepare for military life. 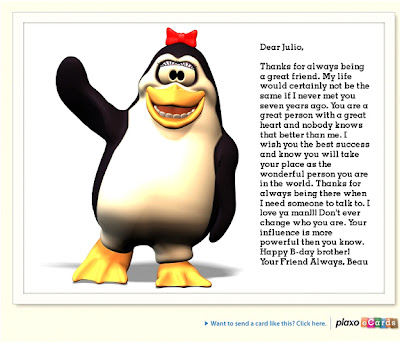 Beau Bloem, My Friend and My Brother. We met @ Registration line for College…Both had issues with our files and neither of us really wanted to be there. (LOL) Well, we became friends,Saw each other around and hung out a couple times here and there.I`ll cut some of the boring stuff out. I stayed in the area in Indiana one year and when the fall came back around, I knew I did not want to go back to college and I had talked to Beau, We were both going through some crazy times and got an apartment in Scary Hammond, IN. Hahaha…We would have never known that moving into that place would come as far as it has to this day. Beau being from PA and my Mom was living in Brewster, NY at the time so we lived like 3 hours from each other, We would take trips back to the east coast on weekends for no reason, Just cause we felt like it. We would leave Chicago on a Friday night and drive all night long get there and spend Saturday and part of Sunday and leave late on Sunday to be back in time for work on Monday. Sounds crazy huh? It is looking back it now that I am a little older but I would trade an of those trips for the world. 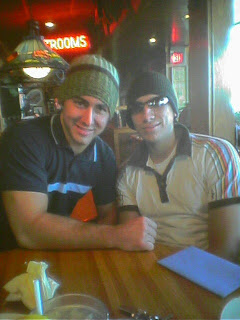 Beau was in the car accident with me when I got hit by a semi and broke my arm. He has been there through some of my worst times in life and he has been there through some of what I consider to be the highlights of my life. You know, when you live with somebody it would probably be easy to say you would fight and find things you disagree on and do things differently, I have never one time in 7 years fought with Beau, We became close enough to know where the limits were and how to give each other the space that we needed through stressful times or just life in general. Did we ever get on each others nerves? Yeah maybe at some point but never anything crazy or anything to really stand out. Put it this way…The relationship that I have with Beau Bloem is coveted by many. Understandable? Maybe a little but guess what?? You can`t replace something like that no matter how hard you try and me leaving is not the answer. 😉 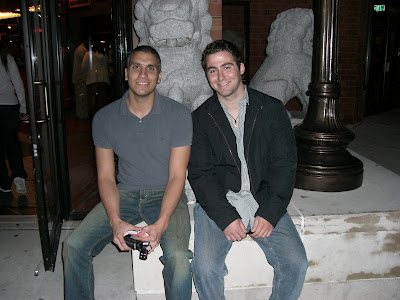 I got really close with Beau over the years to where the friendship pretty much turned into a brotherhood really. I got to meet all of his family and got pretty close with all of them as well to where I will call and ask his dad for his opinion and advise and his mom is one of the sweetest most genuine women in the world and you can feel it in any conversation you have with her. As many know I even dated his little sister for a while. That alone is another testament to the strength of our relationship. But to give us both credit we really kept the 2 relationships separate so it was no big deal when things did`nt work out between us and not even awkwardness with the family. (W e are still friends.) Alot of people made several assumptions as to why I was going into the military etc..Beau knows me better than anyone and you know what I learned? Many people in this life can and will “Believe in you” and some may even make it a fact. But you know when you really know if someone Believes in you or not? When they accept you for who you really are and don`t care about anything else. Guess what people…We all have flaws and things that we should change about ourselves ( I believe that strongly that nobody knows us better than we know ourselves.) But rarely if ever do you find someone that you can really be yourself around and know that everything is ok. It`s really an Unconditional love for another. I know what it`s like to feel that way.

So Beau…My Friend and Brother, I wanted to take this chance to thank you for everything that you have done for me publicly and tell you that even though we may not be room mates anymore and for a while there will be no more being Crazy Kids breaking Stink Bombs in the back of a 7-11, Or crawling through the tall weeds and brush in Harrison Park ( hahaha (; ) , Making hanous shopping lists and getting pissed off when they get questioned (hahahaha Brian this one was for you,Squirms) or Talking crazy to the people @ the drive thru`s of fast food chains and all the hilarious things that we did, It means nothing for the things that we will carry in our hearts. With all the crazy things we went through it`s safe to say in some respects that we really did grow up together. I love you man…Keep strong. 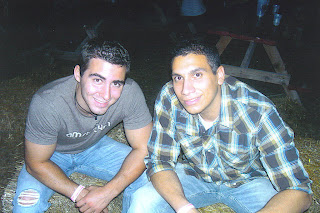